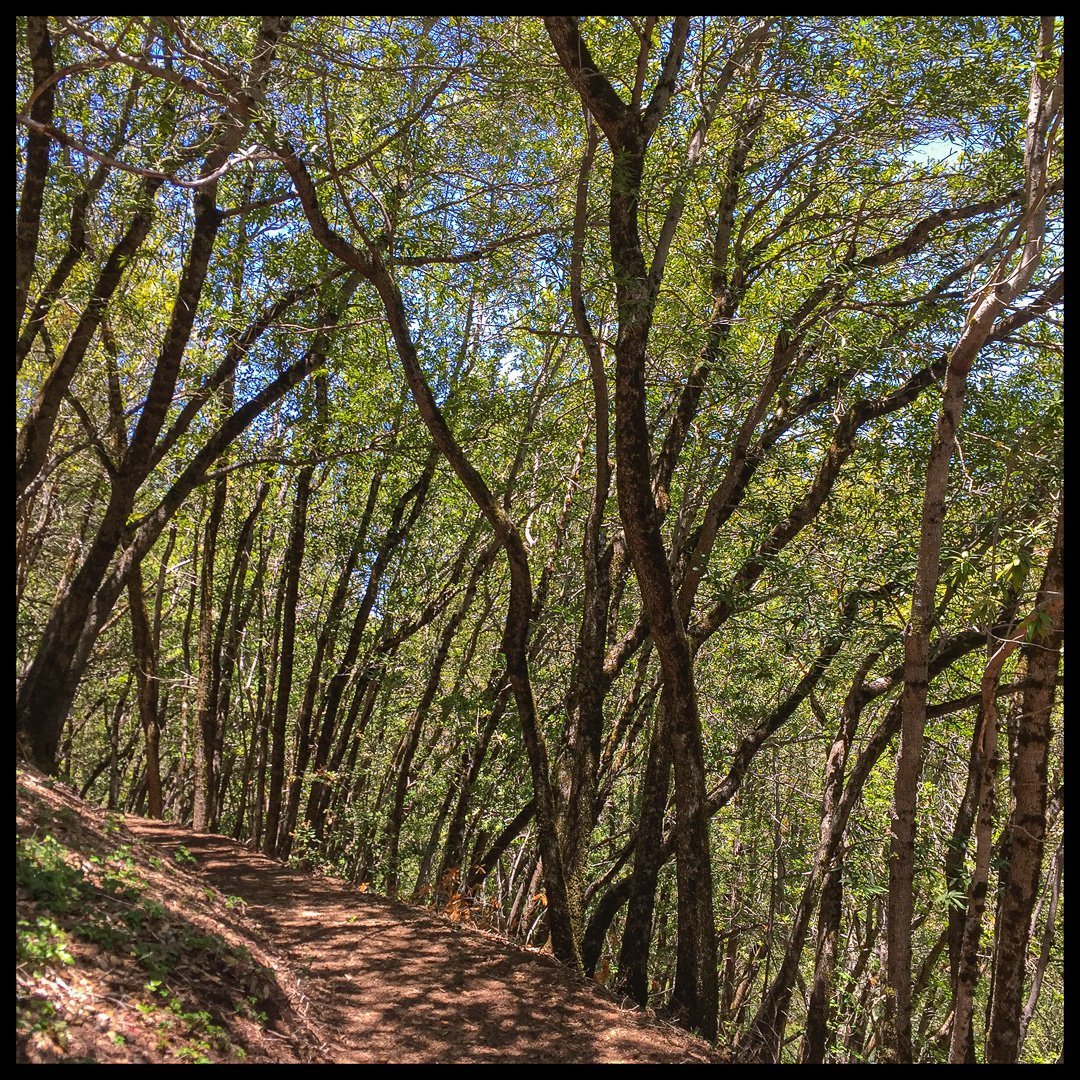 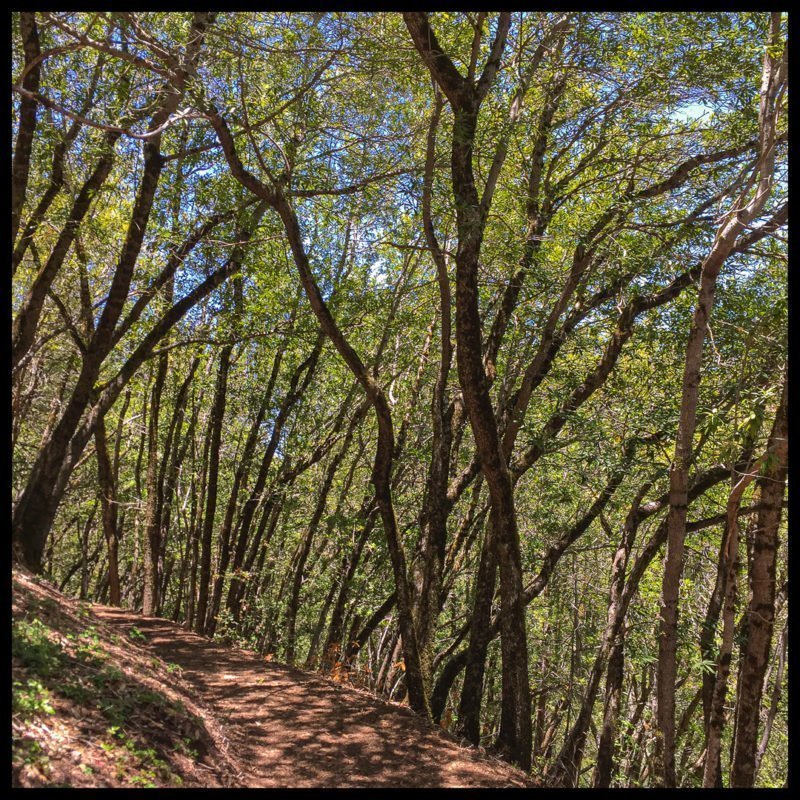 The high summit of Mount Umunhum on the crest of the Santa Cruz Mountains has been a sacred site for the Amah Mutsun people for generations. It is perhaps better known to residents of Santa Clara Valley, however, as the site of a secret Cold War Air Force radar station with its distinctive “box” cutting the skyline.

Strictly off-limits for many years, the land was acquired by Midpeninsula Regional Open Space District and the base dismantled. In 2017 it has finally opened to the public as the Bay Area’s newest public parkland.

A newly built woodland trail winds its way up through bay forests to the rocky summit. There’s a small shelter at the top and a ceremonial space for people of all faiths. You can also drive to the summit.

I was able to get an advance preview of the site, along with a film crew from Plus M Productions and representatives from the Bay Area Open Space Council and the Amah Mutsun Land Trust.

Photo note: In scenes like this with a high “scene brightness range” an image can be both overexposed and underexposed. The iPhone HDR setting can help ameliorate this by lightening the shadows and holding back the highlights. Adjustments can also be made with post-processing software. Although HDR can easily be overdone it has its place in a photographer’s toolkit.