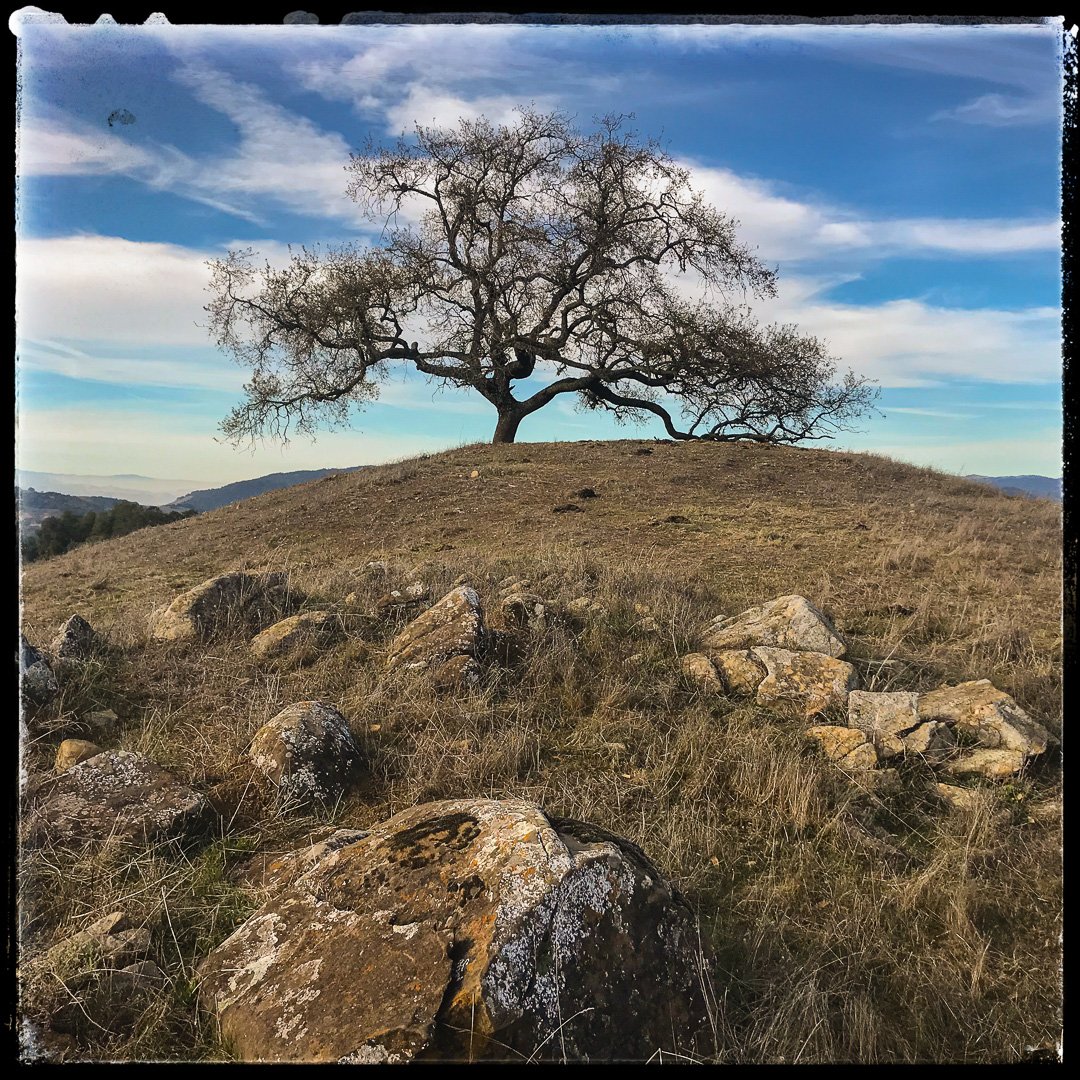 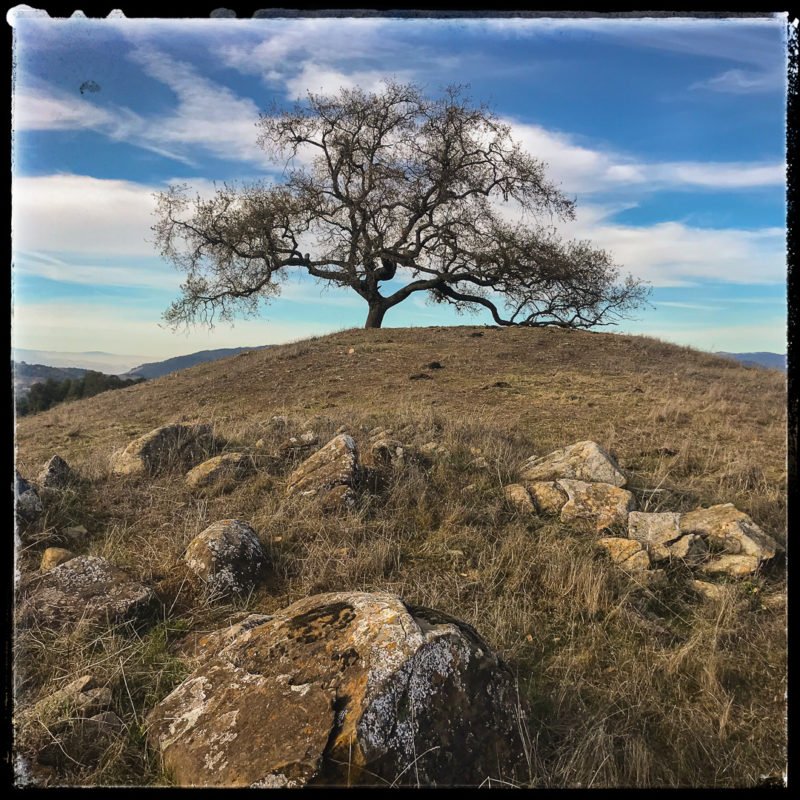 The great value in compiled lists of peaks is that they lead you to climb hills you never would have expected or chosen. In December the San Francisco Bay chapter of the Sierra Club announced an new list, the Nifty Ninety, of 90 peaks in the Bay Area, all publicly accessible. A quick check showed that there were only seven I hadn’t done. With a strong push I could finish the list by the end of the year. Game on!

Bills Hill in Henry W. Coe State Park was #86. Coe Park, on the eastern flank of the Santa Clara Valley, is California’s second largest State Park and stretches 15 miles deep into the rugged Diablo Range. I’d been there a few times for peaks, but missed this scraggy hill on the park boundary. It was a cold two miles from the parking lot, following the dry Coyote Creek bed, to a faintly marked turnoff where an abandoned track led uphill through brush and poison oak. Someone had once dug this road, but that was long ago and now only stalwart hikers pushed through its overgrowth, a thousand feet up to the ridegcrest. There the effort paid off; open cow pastures with scattered oaks and rock and open (if a bit hazy) views of the valley below. It was only another mile or so the the highest point, check off the list, have lunch and head back down for the next peak

No doubt with the new list there’ll be more hikers. It’s certainly worth the effort. 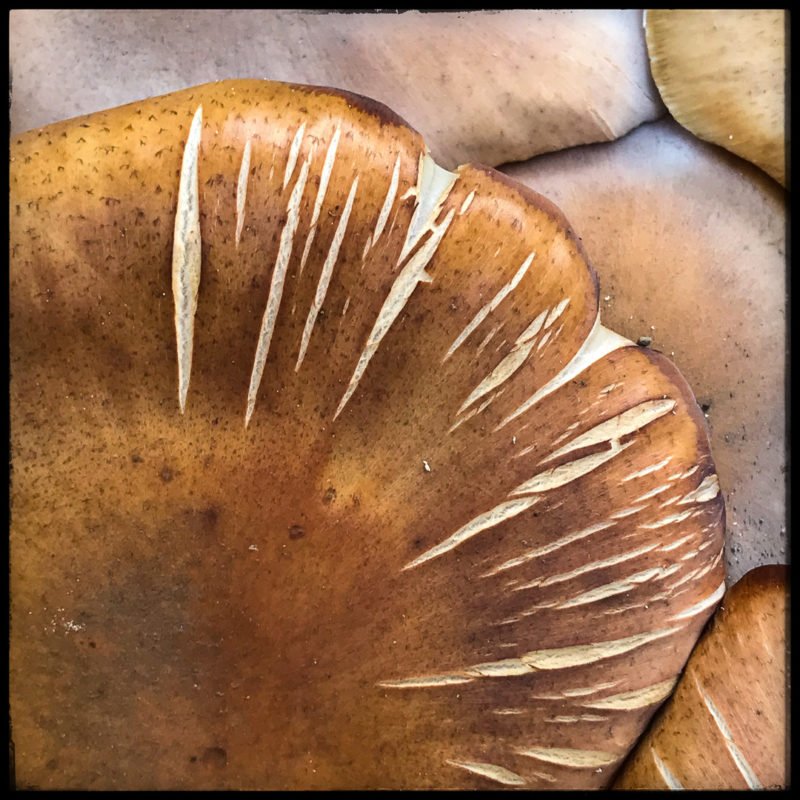 As a photo bonus I found this mushroom cluster in the middle of the path on the way up and was struck by the design and strong color.