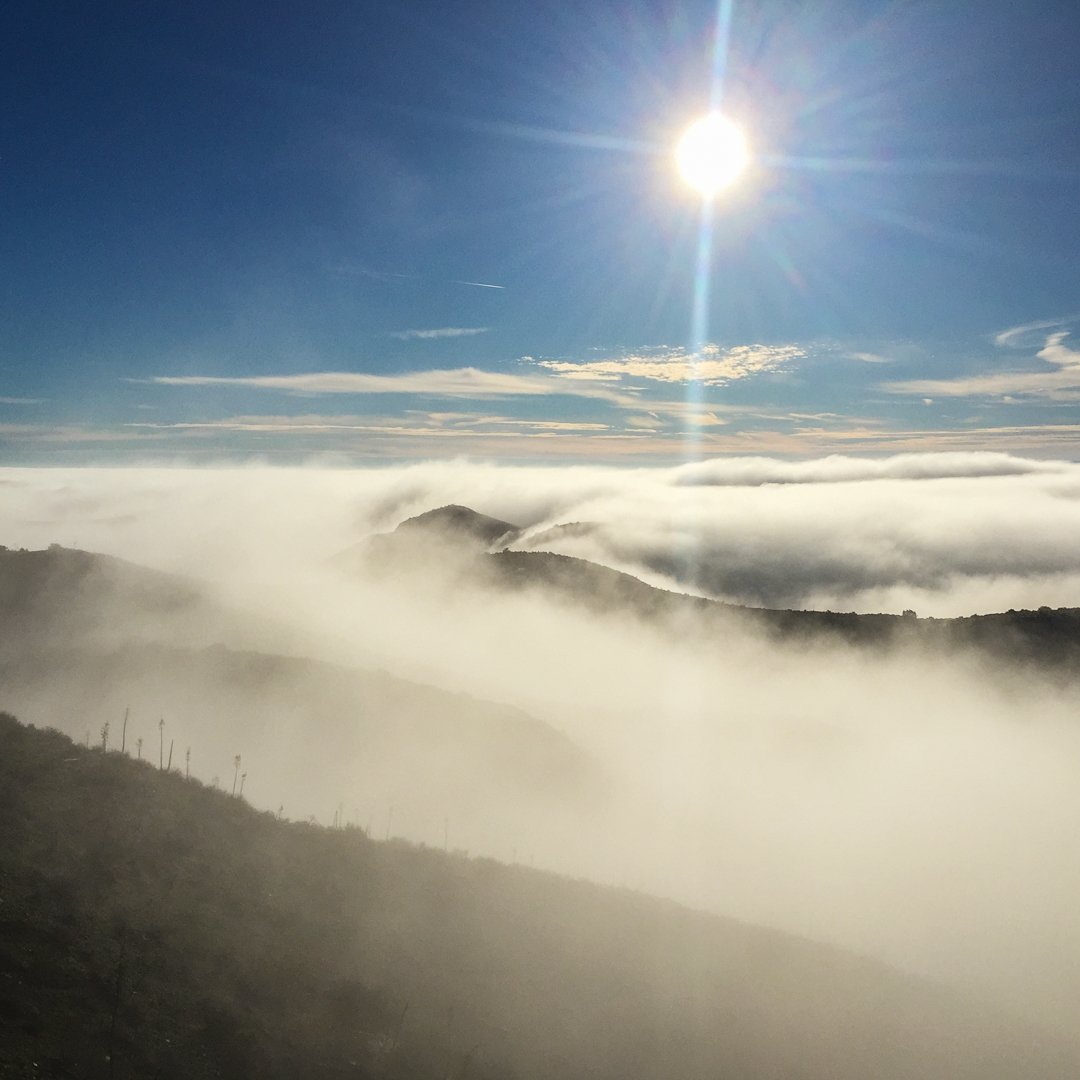 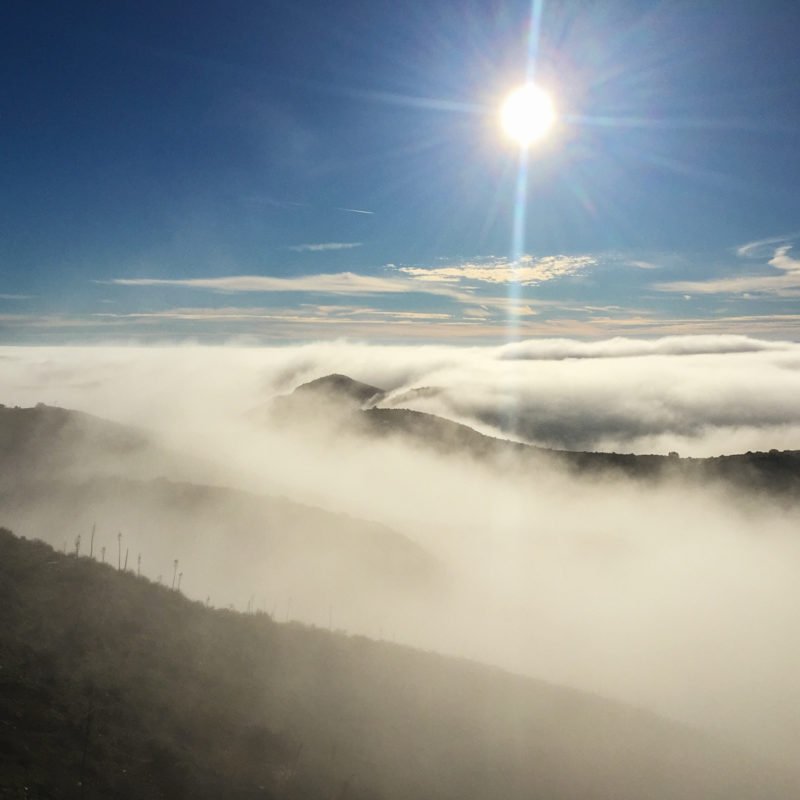 Along the eastern flanks of North Central California’s Diablo Range a low series of hills marks the transition to the agricultural lands of the Central Valley. Among them are a series of public parklands and open spaces run by the Bureau of Land Management, providing access to hikers, campers and hunters. It was a cool and foggy January day when a friend and I set out to explore the Panoche Hills in San Benito County. The trail maps showed a four and half mile hike round trip to Panoche Mountain but first we stopped to visit the actual highest point of the Panoche Hills, a rounded ridge top not far from the end of the road. Along the way we met some hunters (who we then hoped would not mistake us for targets in the fog). Slowly we made our way to the highest point on the ridge, with little visibility and low expectations. Somehow the camera gods must have been smiling for just as we reached the crest the clouds cleared for a short moment revealing blue sky above and a white blanket of clouds over the hills below. And then as quickly as it had appeared, the view clouded over and we were back in the fog for the next few hours.