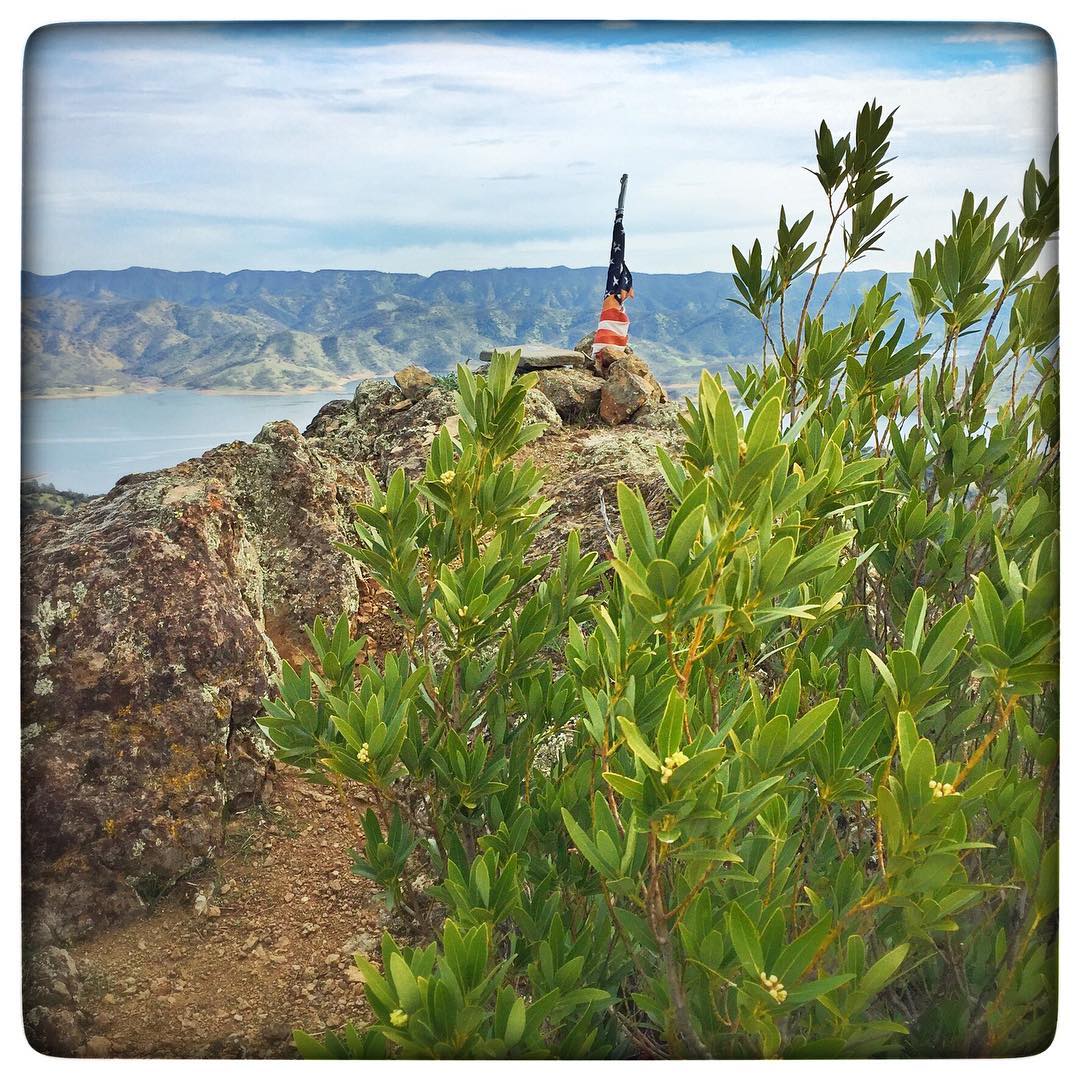 It’s much dryer in the eastern parts of Napa, above the manmade Lake Berryessa. The hills are mainly thornbush, manzanita, and chamise and are criss-crossed by steep fire roads. Since Sugarloaf Peak was on my list of Bay Area Peaks, I trudged up the steep slopes early one Sunday morning, only to find a summit register with a handful of names, and surprisingly, an American flag. Maybe the firefighters from the nearby fire station at Spanish Flat had dragged it up there. Nonetheless it gave a bright and unexpected color contrast to the greens and blues of the landscape.

Blue Ridge and Berryessa Peak (which I had climbed last fall) are across the lake to the east.