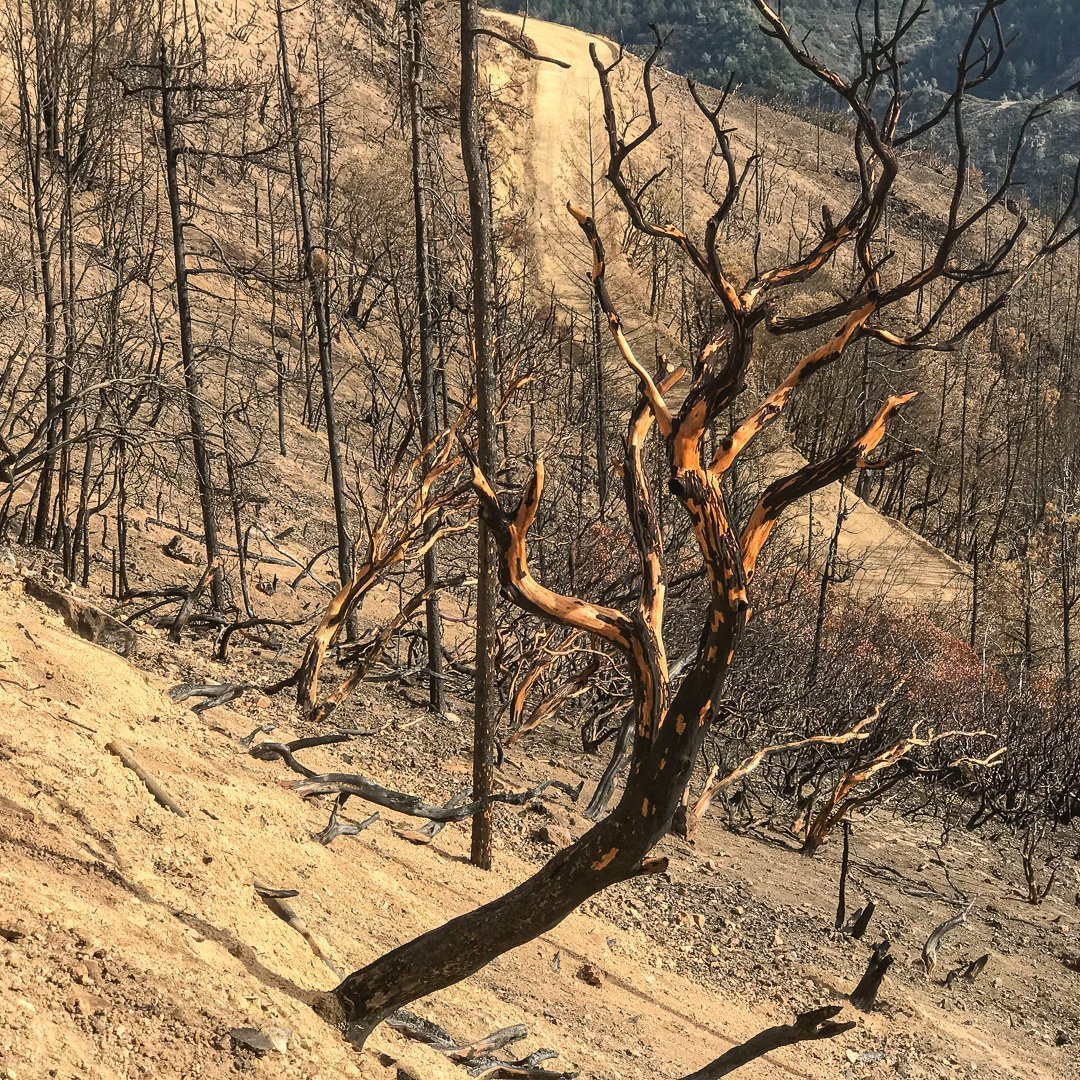 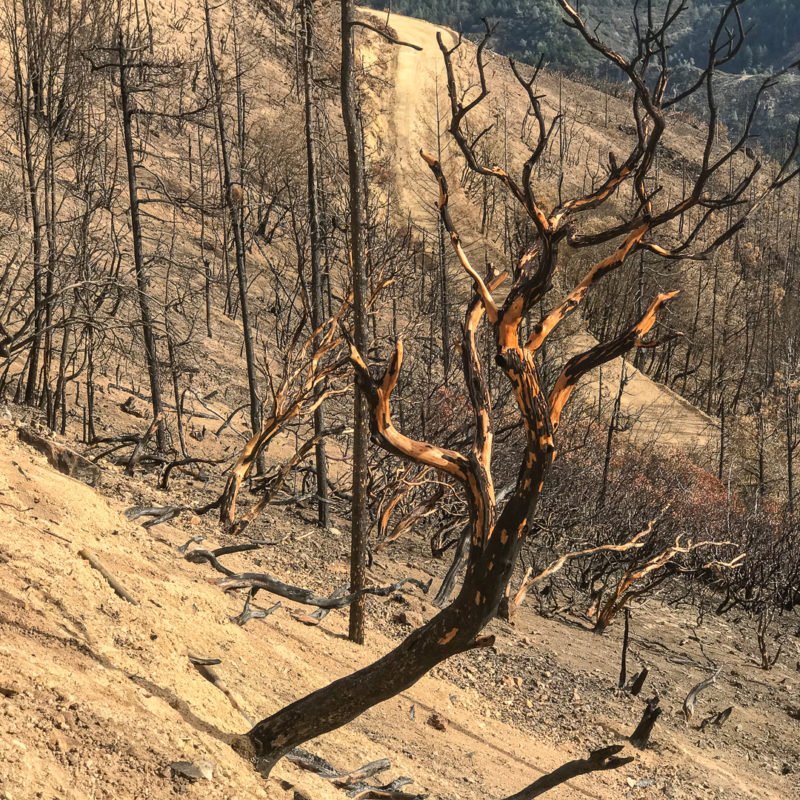 The 90th and last peak in the Sierra Club Nifty Ninety list was the southern summit of Mount Saint Helena in Napa’s Robert Louis Stevenson State Park. I’d been to the higher eastern and northern summits of the mountain several times but had passed over the lesser southern peak. Now on a cold December Saturday I returned to the trailhead for the 4 mile hike to the top.

It had been early October last year when I’d last walked up the wooded switchbacks with my son and 3 grandkids. The older two had skipped ahead on the rocky path, enjoying the fresh forest and the steep ascent. We’d almost made it to the main graded road before turning round and heading home, all of us oblivious to what was to come. The next day my son texted in the middle of the night, “We’re evacuated” and everything changed. An urgent knock on the door, everyone quickly in the van, and their young family fled their new home of six weeks, just under the crest of Atlas Peak, as fire flared on the ridge above. All turned out well in the end as their neighborhood was spared, just barely, but it was an anxious 12 days before they could return.

Now as I walked up the same wooded path I remembered that innocent hike. It all looked the same until the path opened out onto the main fire road. and then. Burn. Nothing but black skeletons of trees lined the route, barren sentinels, witnesses to the flames. Higher up on the mountain the scope of the blaze became more apparent, large swathes of forest were devastated, yet other section spared. At the summit makeshift comm towers had been reconstructed and long firebreaks bulldozed into the mountainside.

There was no register of course, a sad anticlimax in a way. And yet as I looked around I could see signs of hope. A few small green shoots in the burn area gave the promise of rebirth. The hillsides would be stabilized, wildflowers return, the mountain eventually would heal.