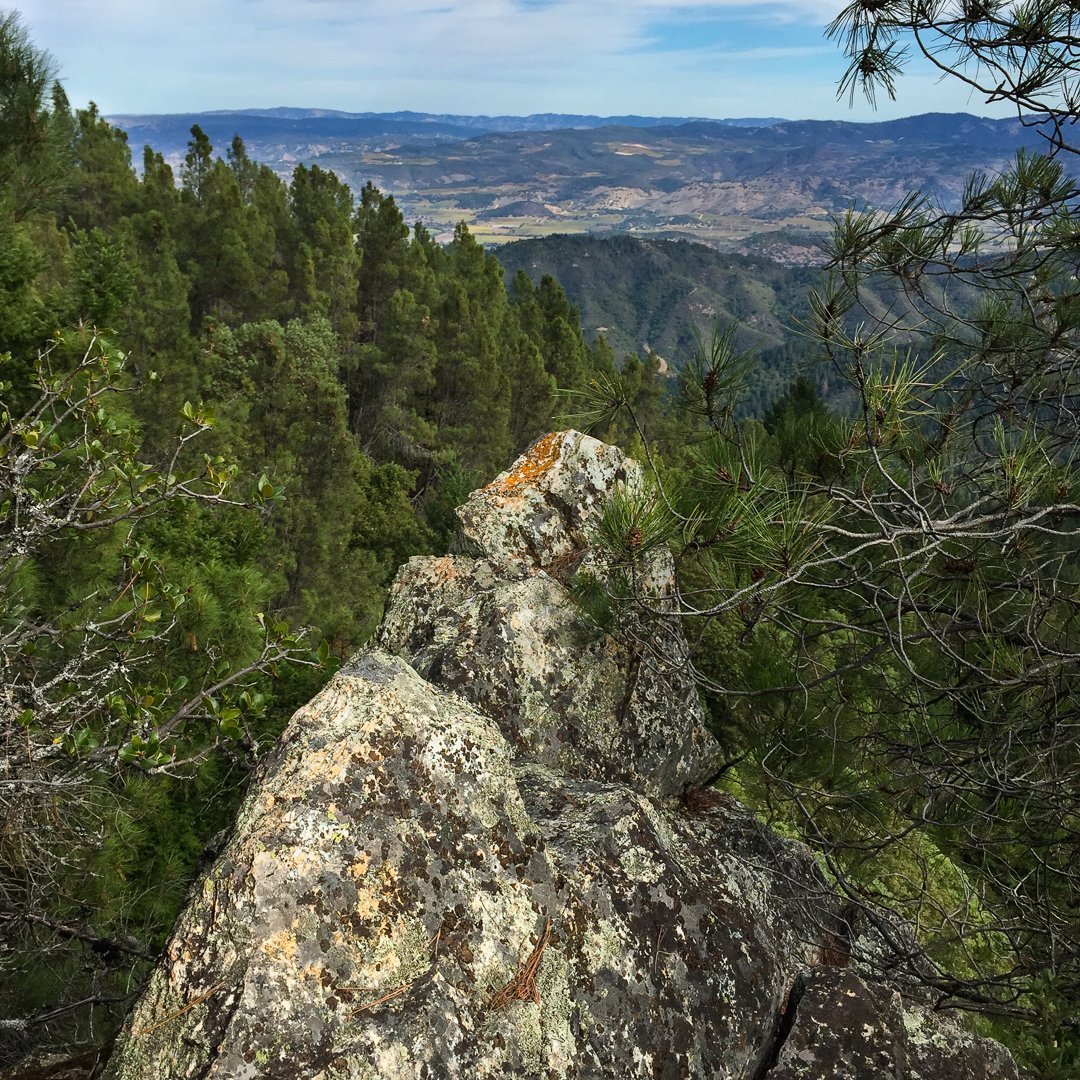 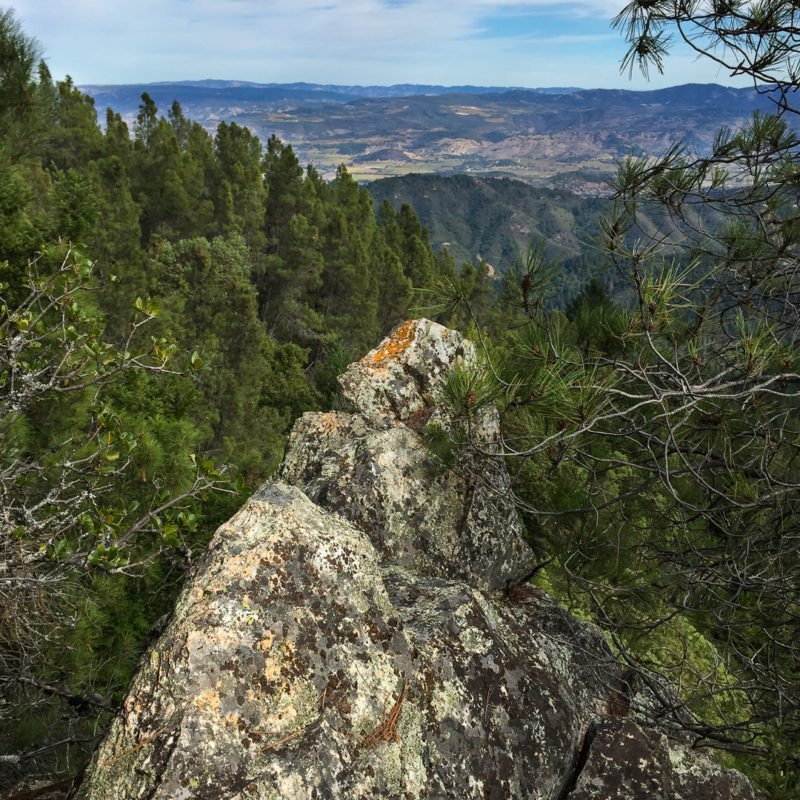 Not every high peak is well-known as a geographic landmark. Even though it is visible from all over the North Bay, few people in the Bay Area know the name of the highest point of broad ridge between Napa Valley and Sonoma Valley. One of most prominent North Bay summits, Mount Veeder, is much better known as a wine appellation, one of a handful of officially recognized viticultural areas. There’s a Girl Scout camp on the eastern flank and winery to the west.

Thanks to the generosity of Lampyridae Vineyards I was able to make the short trek to the high-point, which turned out to be a nondescript bump hidden in the forest with no views. On the way, however, just off the trail, a gap in the trees revealed a surprising view out over steep cliffs to the vineyards of Napa Valley below.

Since my visit the landscape has changed. The rugged rocks remain, but sadly the forest now is gone, ravaged by the wildfires that swept through Napa in late 2017. Eventually the trees will regrow but until then we have only images, memories and reminders of what was.