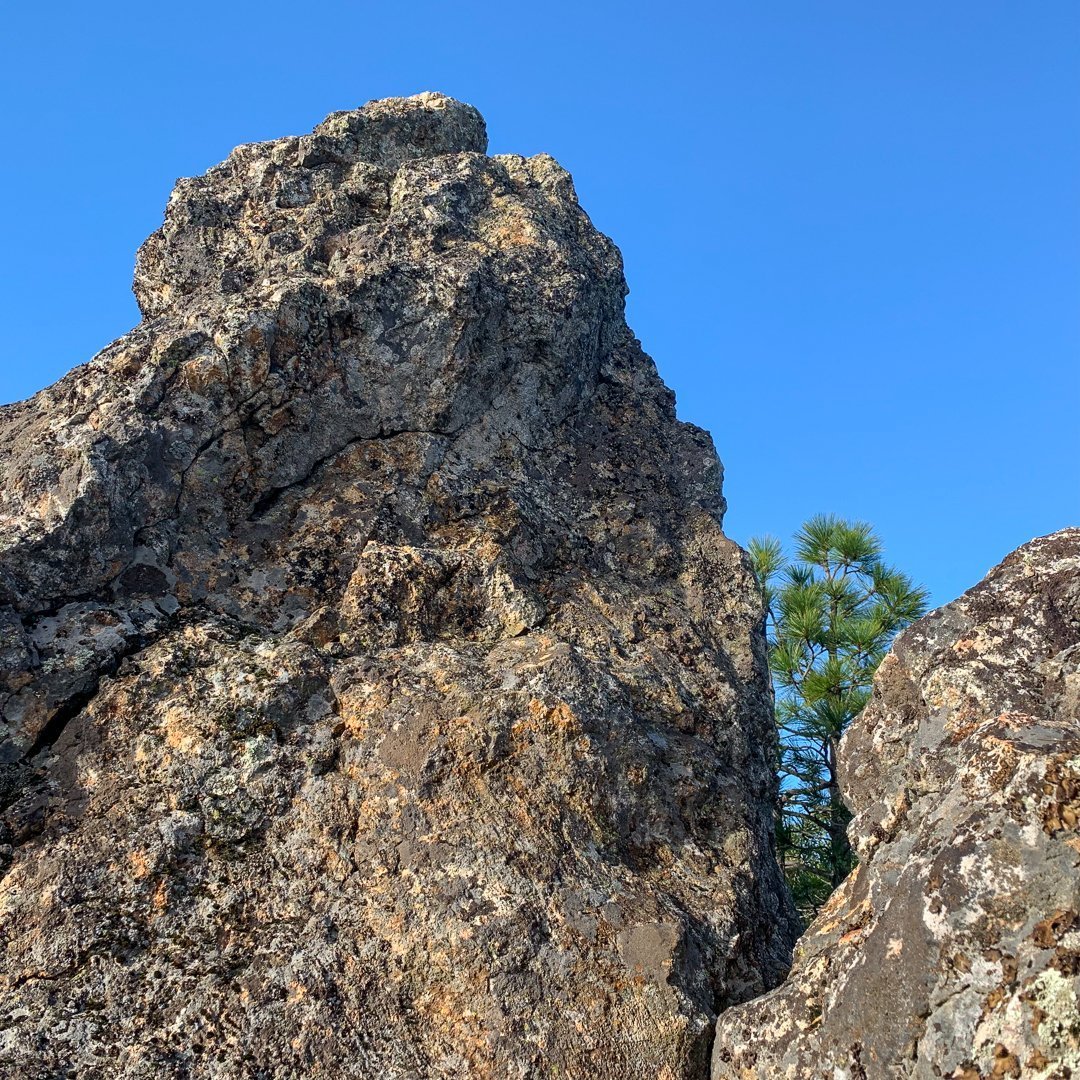 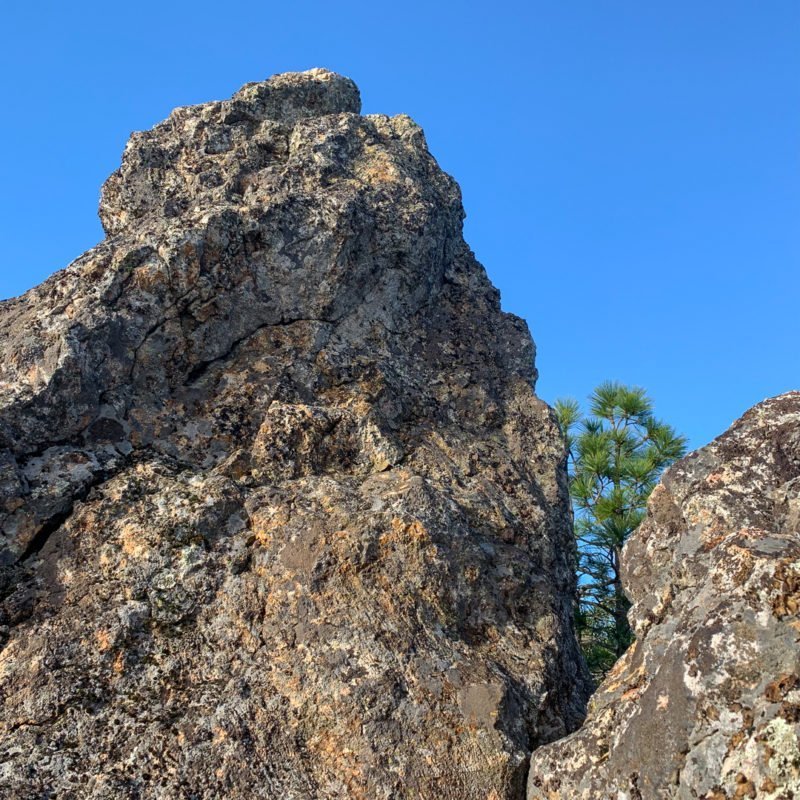 Seen from the lowlands of Napa Valley, Mount Saint Helena is a massive forested bulk with gradual slopes leading up to a rounded summit and a signature steep north face. For most hikers and visitors who make the five mile trek to the top, the trail is a rather nondescript, even boring, long walk on a dusty fire road to a broad and barren summit covered with a collection of comm towers. What they don’t see is the wild north side of the peak – steep cliffs, dense forests, rocky pinnacles and an almost untouched landscape.

On a January day two friends and I set out from the north for a couple of obscure formations Goat Roost Rock and Tom Dye Rock. The track followed abandoned logging roads for a while; and then there was no track. A steep scramble took us first to the spires of Goat Roost, three pinnacles, each a bit higher than the previous one, all in the shadow of the wild north peak of Saint Helena.

Retracing our steps we crossed back over the logging road and headed cross-country up a densely wooded slope to the summit of Peak 3431, then down the far side to Tom Dye Rock. There’s a narrow saddle that connects Tom Dye to the main peak. On all other sides it’s a steep cliff. Once across the saddle we had a short rock scramble and were on top of a wide mesa, looking out over southern Lake County, with Mount Saint Helena laid out to the side and above us. 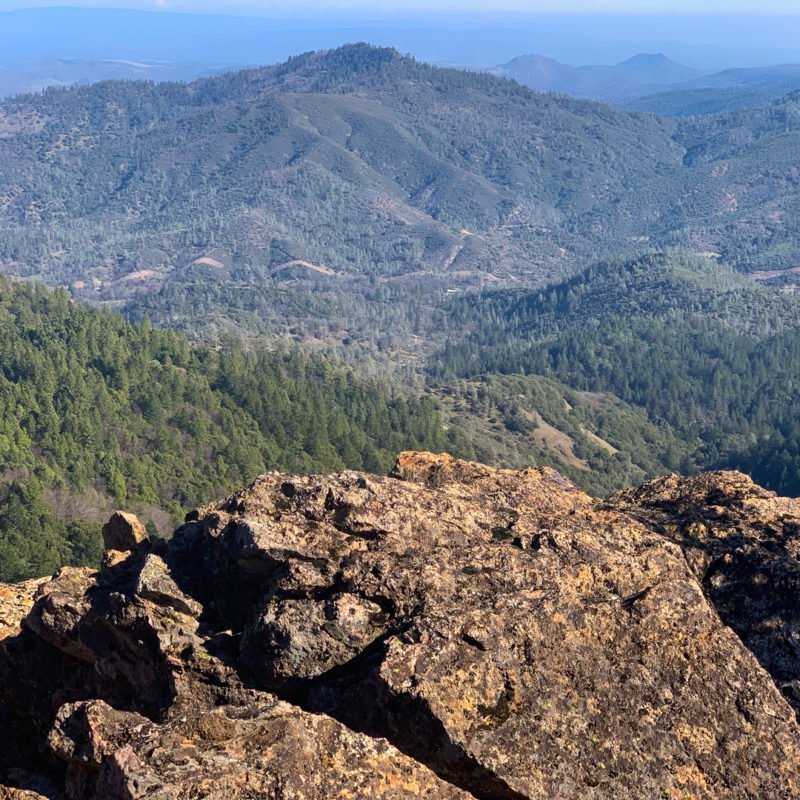 The rock itself is named after an 1878 miner, Tom Dye, who had killed a man in a brawl, then escaped from jail and hid out in the rocks for a year or more. A century later it’s still far away, and a welcome escape, if only for a day, into the wilder side of Napa.