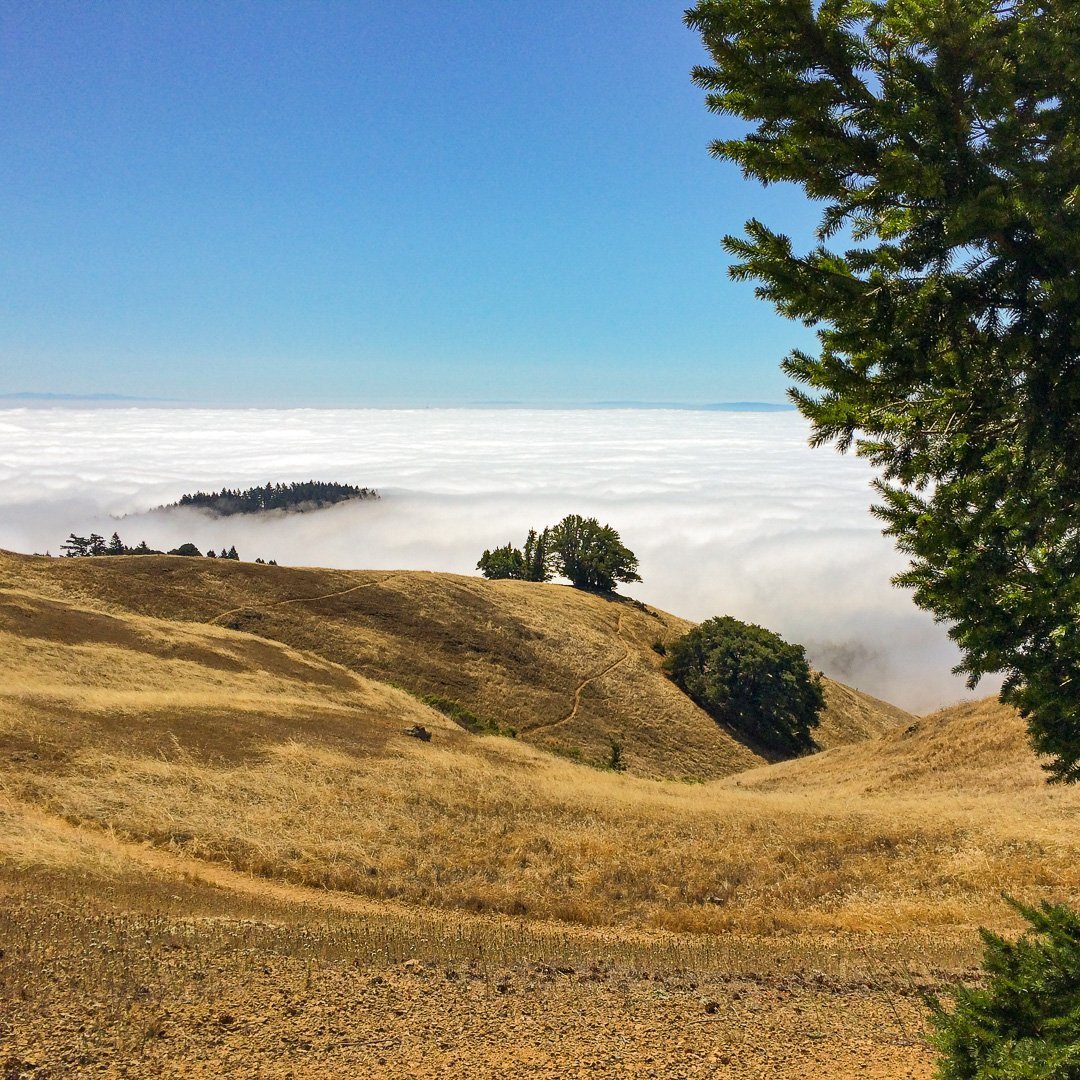 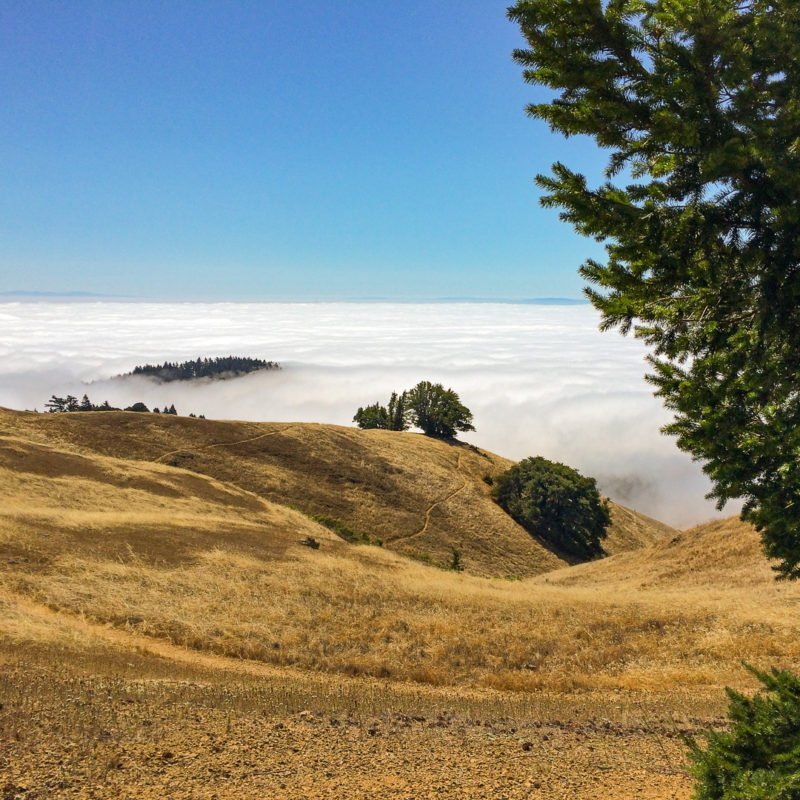 Getting high, above the clouds, on Mount Tamalpais in the headlands north of San Francisco, is always an exhilarating experience. For a short time you can rise above everyday troubles, feel the freedom of open spaces, and enjoy the expanse of light and space. My favorite hike starts lower on the peak at Muir Woods and winds it way up through the redwoods, emerging into the chaparral and open slopes before the summit. This image, from the western slope of the peak near Trojan Point, was from another shorter hike.

You can also drive to a parking lot just beneath highpoint and walk up the boardwalk and rocky trail to a fire lookout on the East Peak. Most maps show the East Peak as the highest but recent close examination of aerial laser surveys show the West Peak, site of an fenced FAA facility as slightly higher. Peakbaggers of course hike to both peaks.

Several agencies share responsibility for Mount Tamalpais and the Marin Headlands. California Dept. of Parks and Recreation protects some of the area, with federal protection of the GGNRA and Muir Woods to the south and west Marin Municipal Water District lands to the north and east.