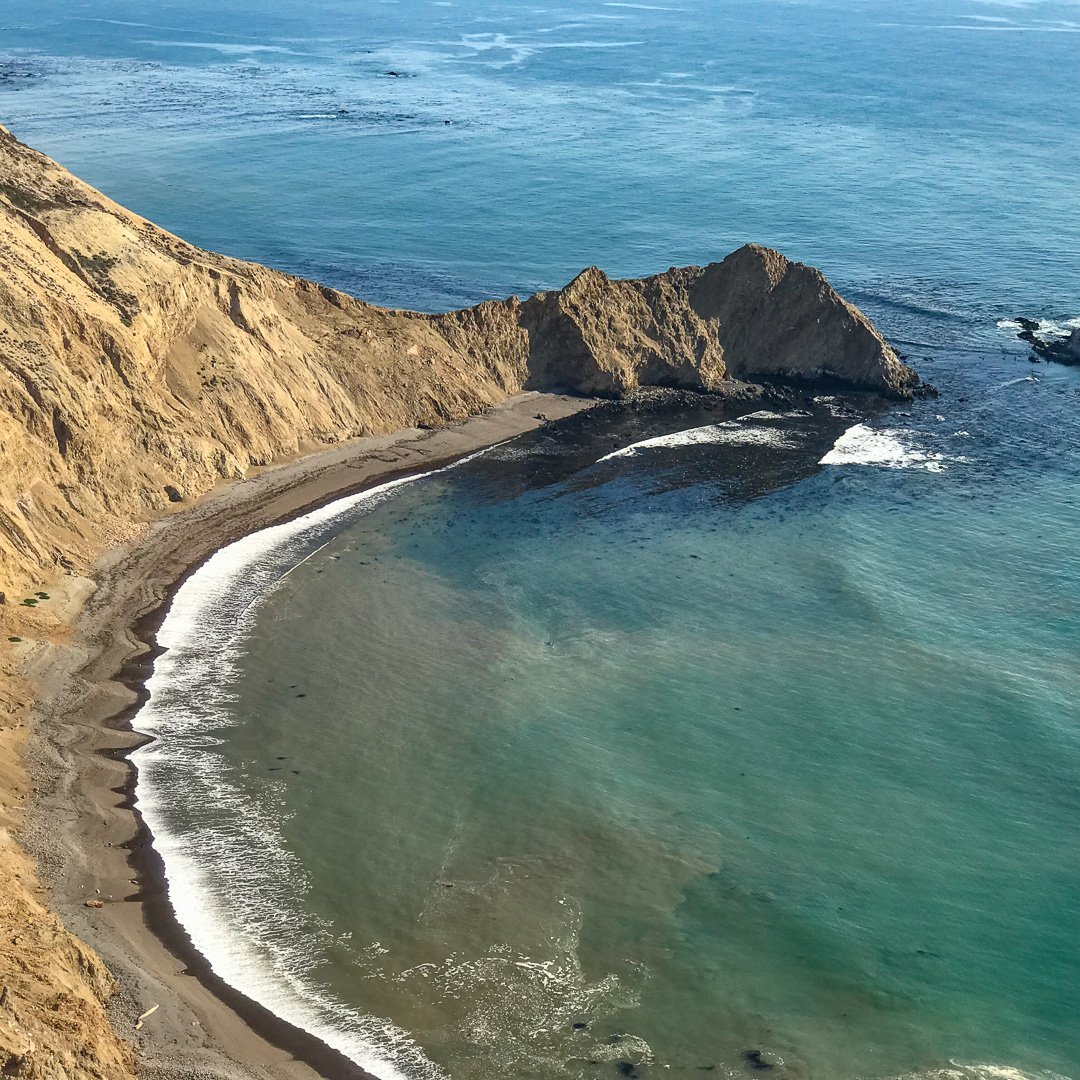 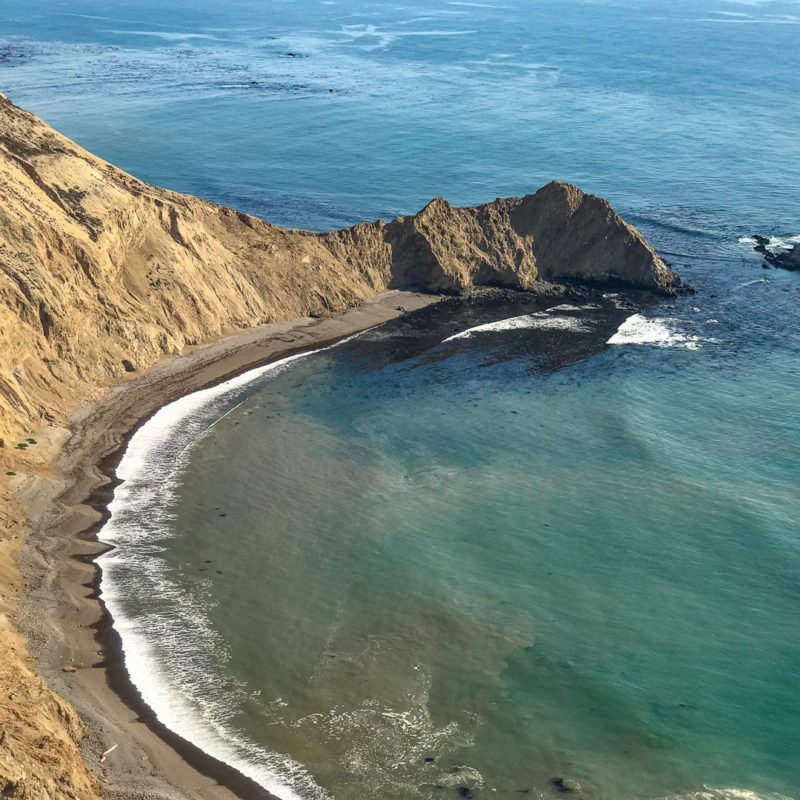 For a sunny Sunday afternoon hike, and respite from all the fires in Napa, I planned an easy walk in the Philip Burton Wilderness, north along the Coastal Trail in Point Reyes National Seashore, to Double Point. The walk from the Palomarin trailhead in Bolinas follows a well built easy trail on high bluffs above the beach, then curves inland though a Douglas fir forest to a couple of lakes and finally to Alamere Falls.

I’d thought the six or so miles would be good rehab for my recovery from ankle surgery, and the first part certainly was easy. From the main trail the topo map showed a dotted line heading up to the highpoint of Double Point, a sharp bluff above the beach. Easy, it seemed, so I plunged into the underbrush. Brambles, brush and poison oak clogged the once passable trail; and then it got worse. I don’t mind knee-high brush or even waist-high, but once it was over my head it was too much. Retreating to the established trail I thought about a plan B.

The Alamere Falls trail winds slowly down towards the ocean though a tunnel of small trees, and at least offered the hope of another approach. Indeed about 2/3 of the way down I found another use trail heading up a sharp ridge directly onto the clearer upper slopes of Double Point. A strong push up the steep slopes and eventually I made the summit. Alone on the crest the ocean stretched out beneath me, uncommonly still all the way to the Farallones. The arch of the beach far below to the south gave me an iconic image, ready-made in the late afternoon light.

During the hike in and out I’d passed close to a hundred people, young and old, families groups and solo, all following the established path to the well-known falls. Not one of them, however, made it through the brush to this spectacular high-point. Part of the allure (and value) of wilderness is that it allows us to get away from the everyday, to return to places less damaged by society, places wilder and freer. Peaks and summits are the same. We expend great effort to reach remote high-points and are refreshed and renewed by their isolation and grandeur.

That we can do this so close to home, in a wilderness only 30 miles from San Francisco, is a credit to the hard work of conservationists and of the park services including NPS, state and county agencies. Their efforts continue. They must. And for that I am profoundly thankful.