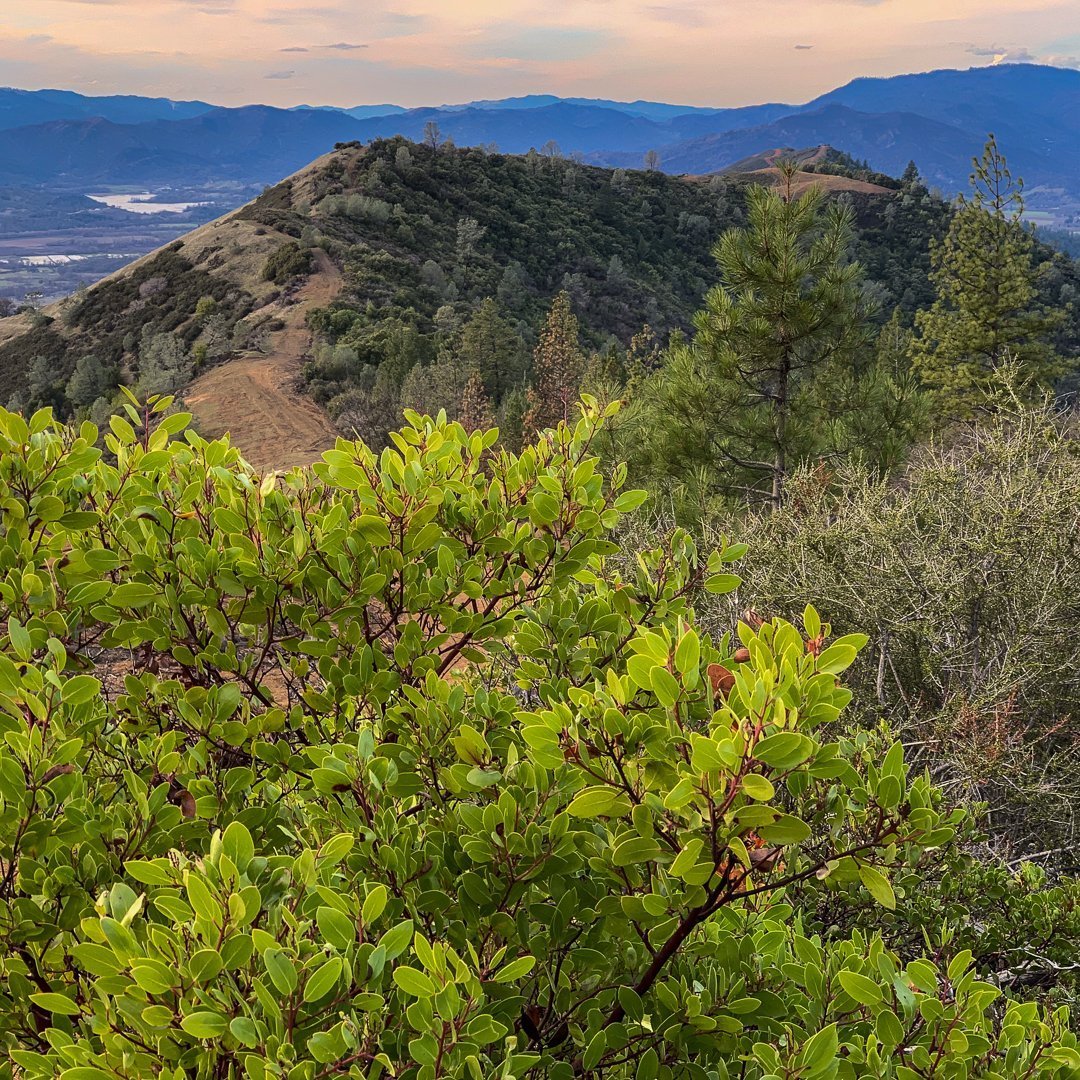 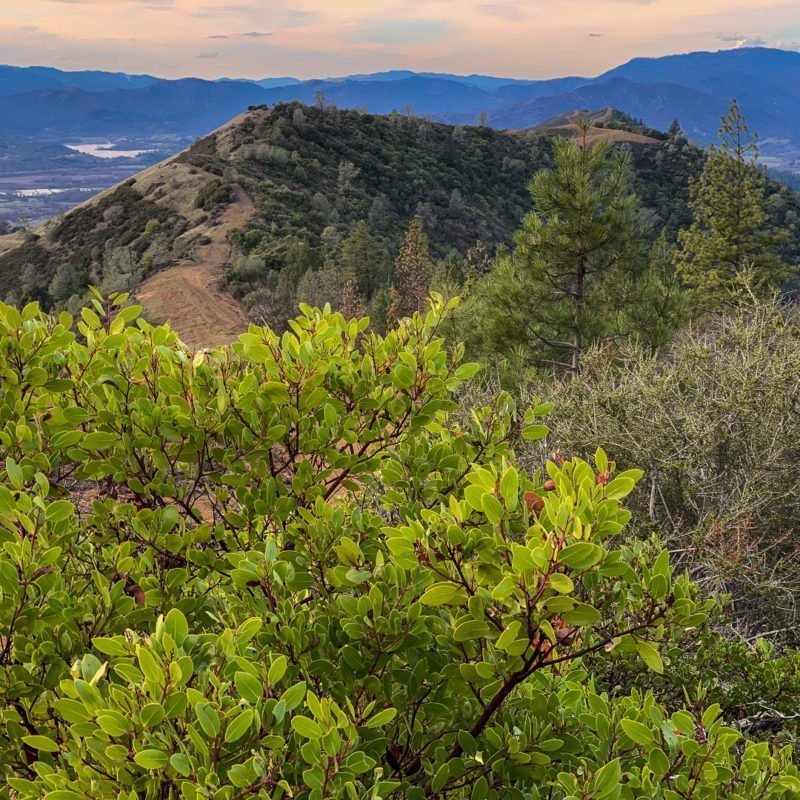 Along the north shore of Clear Lake in Lake County a series of high ridges separate the Mendocino National Forest from the lakeshore communities. In 2018 the Ranch Fire burned over 450,000 acres of woodlands in Mendocino and Lake County, and the southern bounds of the fire came right up to the tops of these lakeside ridges. Hogback Ridge is one of the higher ridges, running several miles east-west above the town of Nice. On a cloudy day threatening rain I climbed ranch roads up to the 2973′ ridgecrest and hiked south to the highest point. A wide firebreak had been carved by the firefighters. On the far side of Gilbert Creek to the north were just charred hillsides, remnants of the devastation. Some of the burn had crossed the creek and reached the top of Hogback Ridge, but the firebreak held and the communities below were saved.

It’s always awe-inspiring to see vast swathes of burned landscape, blackened trees and stump, reminders of the challenges brought by drought and climate change, and of the efforts of first-responders to fight the fires. Years from now no doubt much will have regrown but in the meantime the hills lie barren, waiting for the winter rains and new growth.