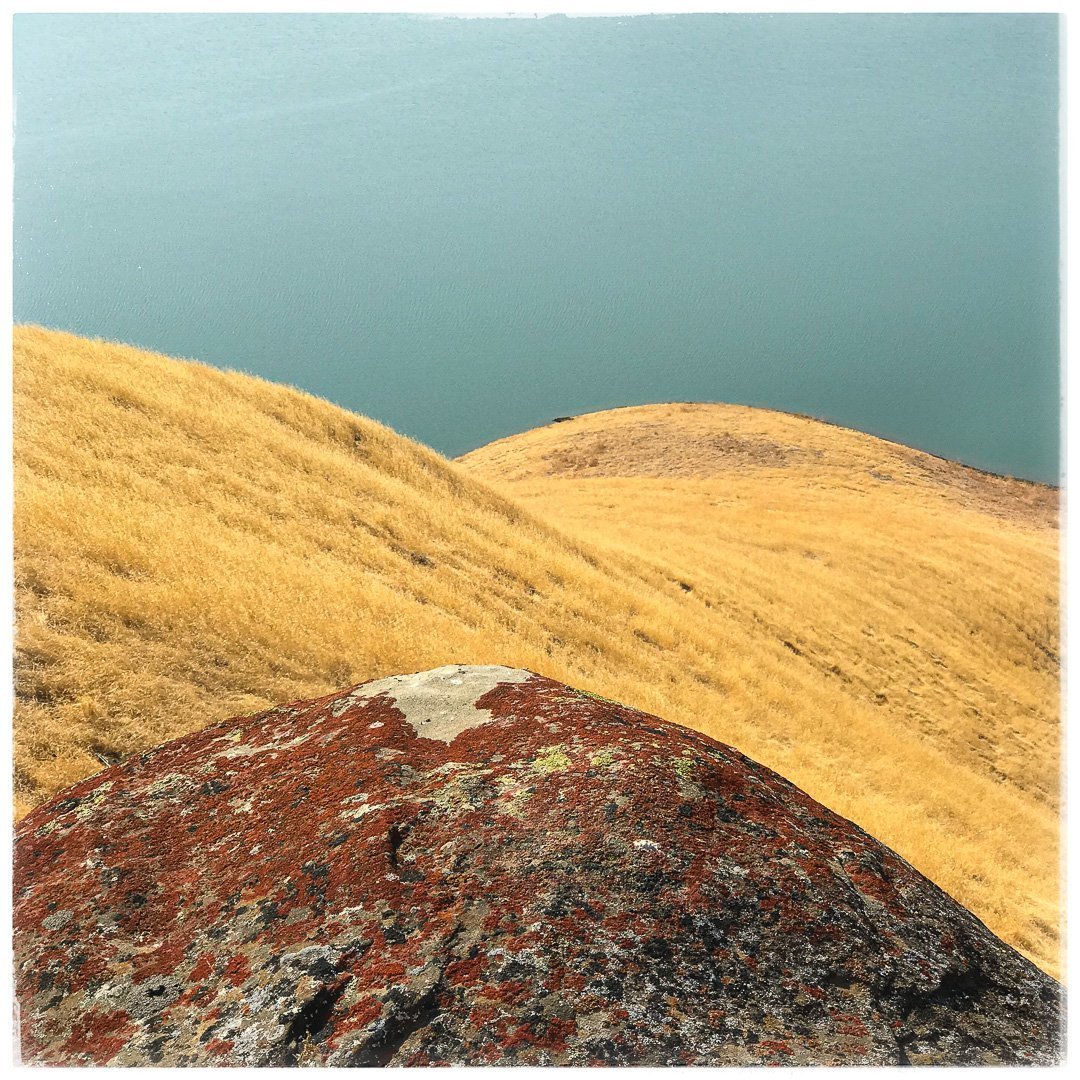 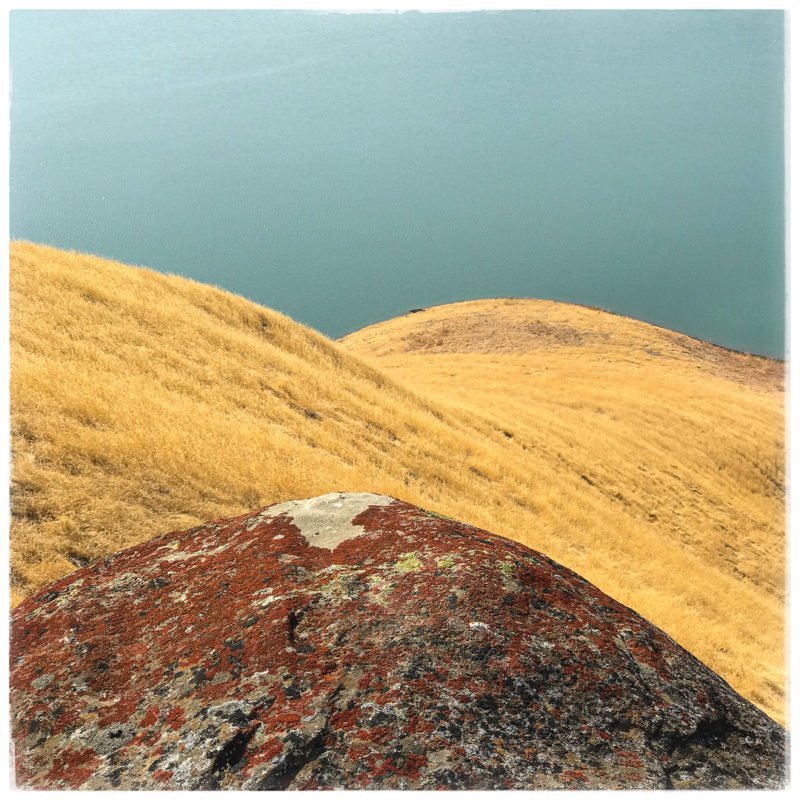 Out past the refineries and endless sprawling subdivisions of Antioch and Brentwood, hidden in the rolling hills of eastern Contra Costa County at edge of the Central Valley, is the land of Los Vaqueros, the cowboys. The landscape changes quickly as soon as you turn off Vasco Road and head back into the hills to the protected lands of the Los Vaqueros Reservoir. From the visitor’s center at the foot of the earthen dam a network of undulating ranch roads skirts the north shore connecting a handful of high grassy hills and ridges. I’d been here once before to Peak 1272 up on the Vista Grande trail. This return visit was further into the park, to Peak 957 – no trail, no name, just a grassy hilltop with a great view.

The trail as expected went straight up the ridgeline and soon I had a view looking down over the reservoir with low intervening grassy hills. A red rock speckled with lichen gave me a foreground, and an early graphic photo. 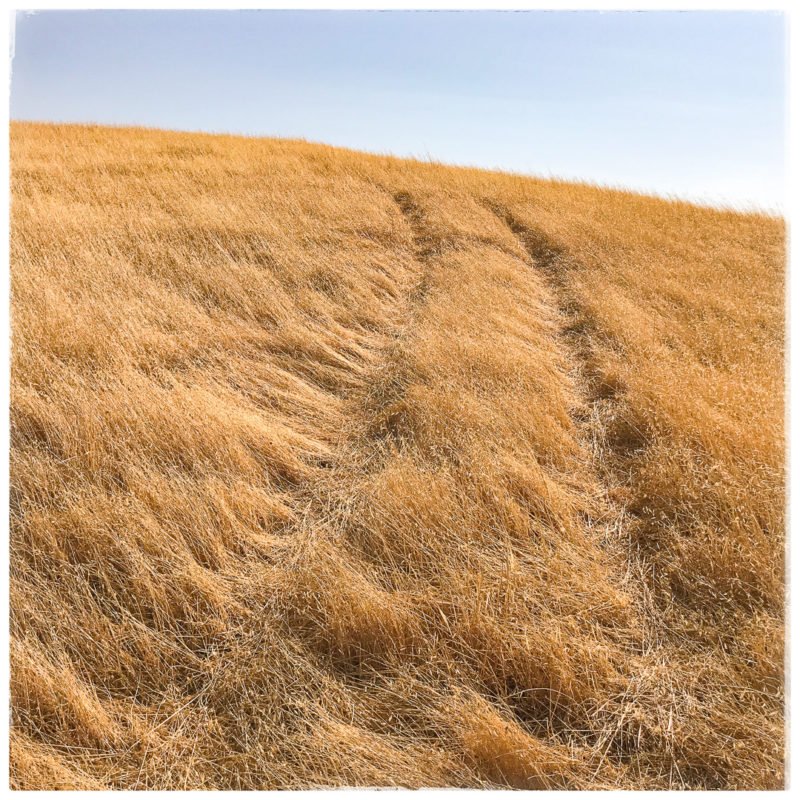 It was another three and a half miles before leaving the trail for final long slog up to 957. Just near the summit some ATV tracks appeared, pointing the way to the summit. At some point a ranger or rancher had been up here, but today there was no-one in sight. For the whole hike I just saw one runner in the distance, and talked to no-one. Quiet and serenity. Then the long hike back.