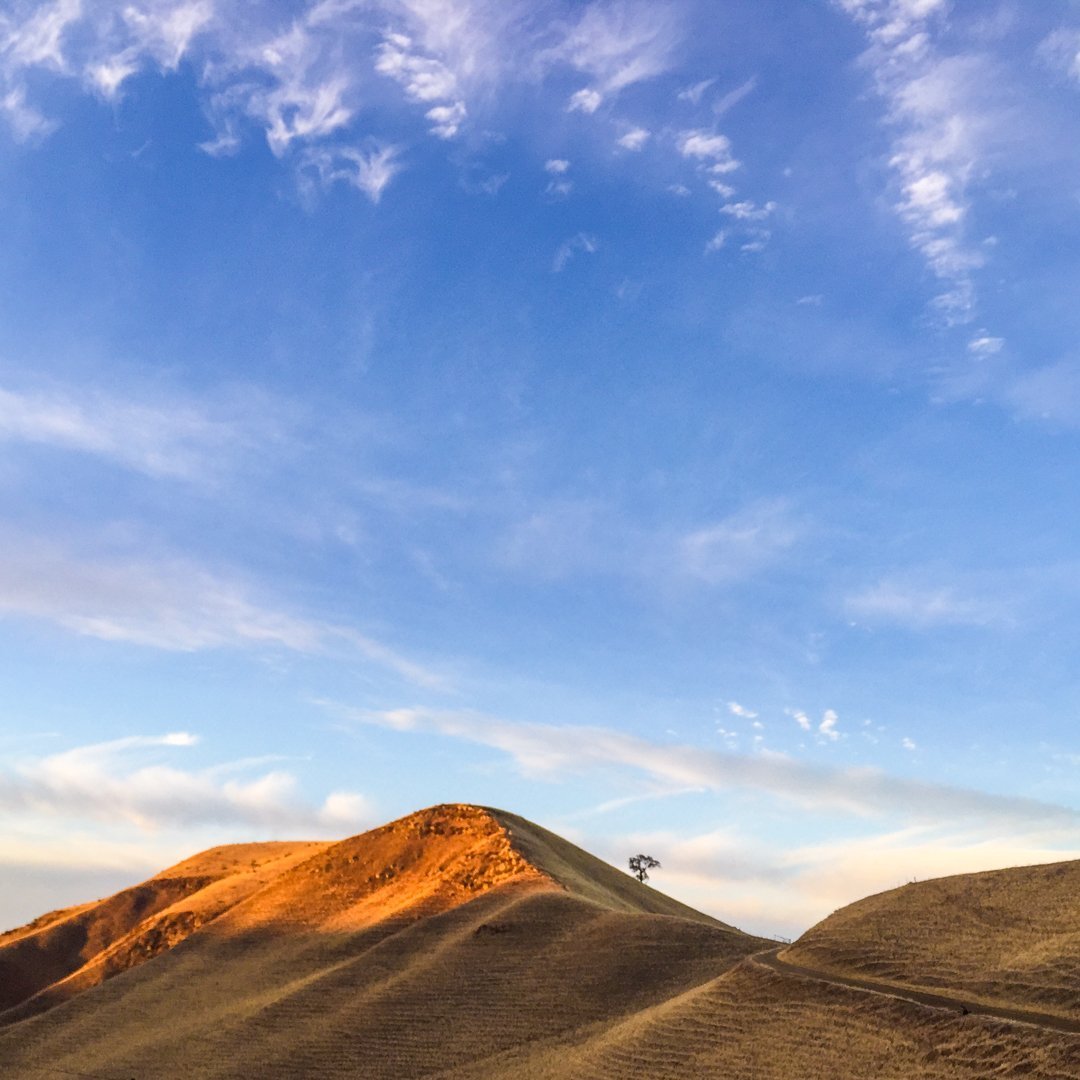 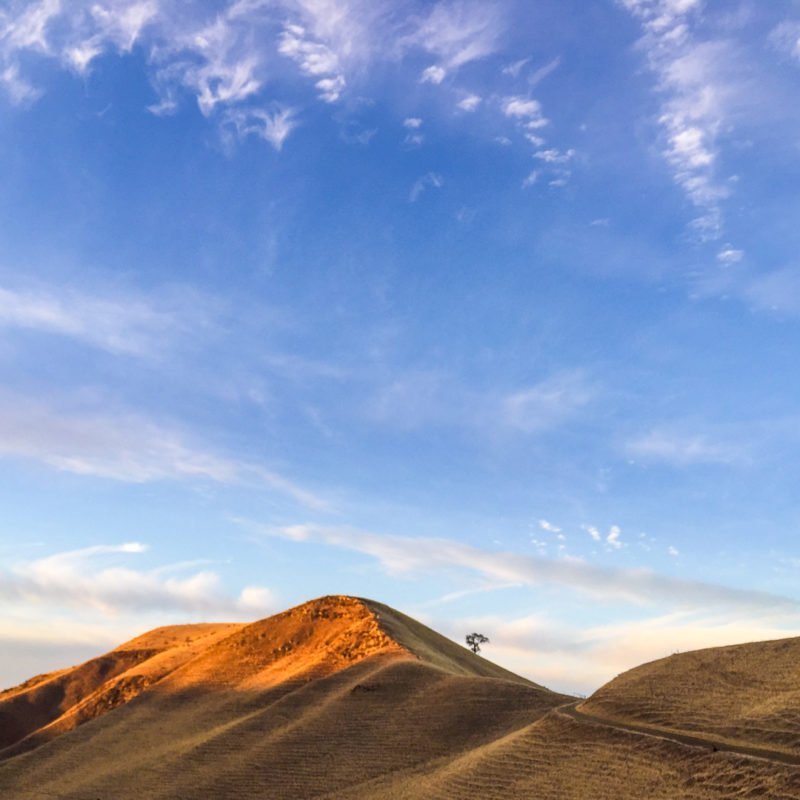 Not every hike successfully reaches the summit. In November when pursuing my string of daily Bay Area summits I set out late in the afternoon for a minor hill just outside Black Diamond Mines Regional Preserve. It was a 12 mile hike and the parking lot closed at sunset. As I hurried over the crest of the Stewartvile Trail towards Oil Canyon it already seemed iffy whether I’d make it before dark. After pushing up over one, then another then another hill, off-trail through open oak woodlands, I reached what looked like the summit, only to find one more valley and another 300′ to climb, and no more time. Reluctantly I turned around, retracing my steps as the light began to fade. This image was a quick shot of last light on the brown hills north of the trail.

Part of the focus of this project is to include only photos taken during a hike to a specific peak so this photo is part of the trip to Peak 1209, though it doesn’t show the peak itself 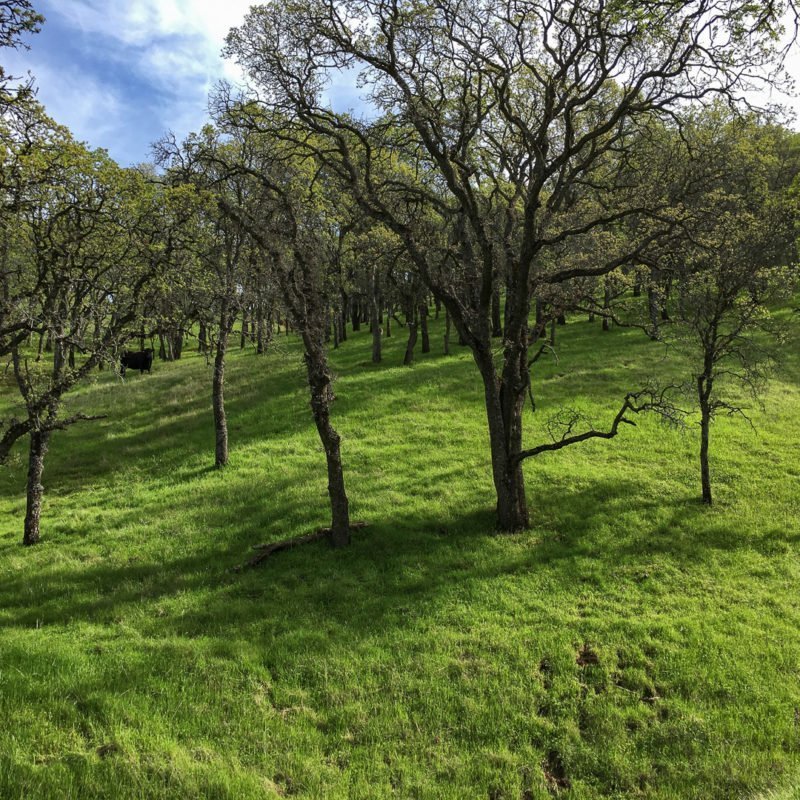 A year or so later I returned to 1209 in springtime, this time by mountain bike from Contra Loma Regional Park. The hills were lush green, there was plenty of time, and I finally reached the summit.