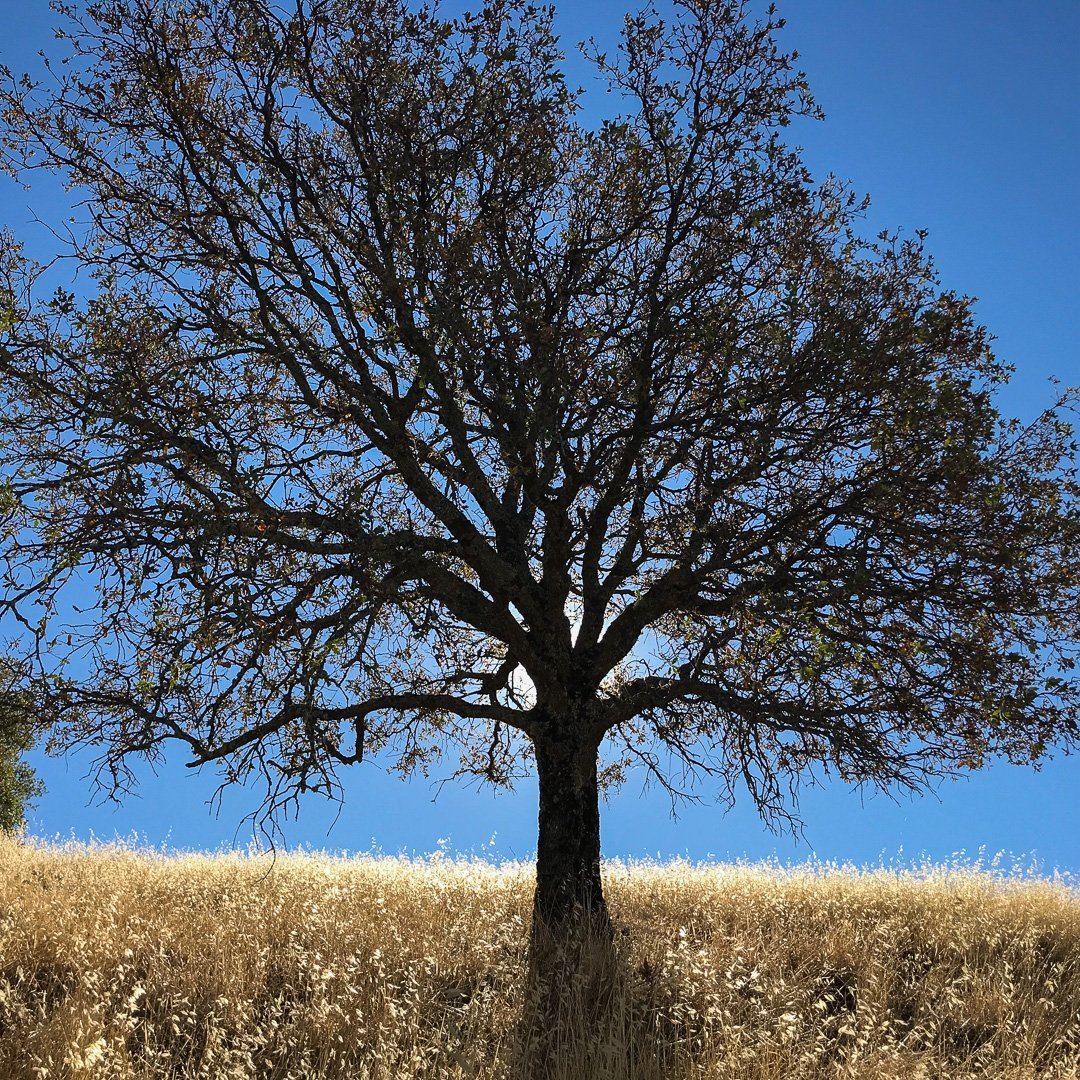 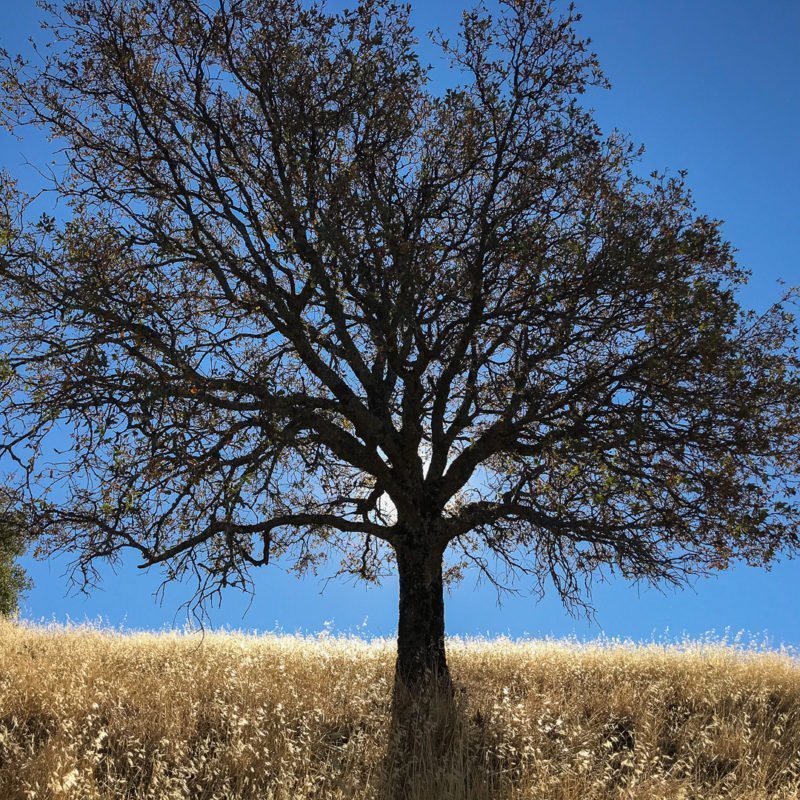 The parking lot at Mitchell Canyon in was almost full when I arrived at 9am, but not one of the visitors or hikers there was heading up to Olofson Ridge. In fact nobody ever goes there; or almost nobody. A fellow hiker from Oakland was the only one. He’d been there in January and described his route pushing through up to the brush-choked summit. He’d left a small register there and I hoped I could find it.

The first part of the hike followed a well-trodden fire road. It was chilly, the sun not yet warming the shaded valley. It was a few miles up past some trail junctions before I turned and headed off-trail up a steep grassy slope. Step after step I climbed out of the shadows towards this brilliantly backlit single oak. It is not often an image presents itself with such clarity. After taking all sorts of shots, different angles and framing, I continued on past it.

The maps and aerial views showed a clear run almost all the way to the summit, but not quite, and soon I reached the wall. A seemingly impenetrable barrier of chamise and manzanita brush blocked the way. A few minutes back and forth and thanks to my friend’s GPS track, I finally found the break – an old and very very overgrown path led into the bush. For the first 40′ I had to crawl but then it opened out enough for me to stand up, and then quite quickly, the summit. No open space or great views; the tiny glass jar with a register lay on th dirt, untouched for nearly a year. I sat for a while, then signed and headed down.

Arriving back at the parking lot it seemed odd to see dozens of cars, families having picnics, park rangers, a guide from MDIA leading a nature walk, ordinary everyday folk, all so far from that single so-hard-to-get-to summit. Yet that’s the joy of it all.